Low-precision floating-point arithmetic is a powerful tool for accelerating scientific computing applications, especially those in artificial intelligence. Here, we present an investigation showing that other high-performance computing (HPC) applications can also harness this power. Specifically, we use the general HPC problem, Ax=b, where A is a large dense matrix, and a double precision (FP64) solution is needed for accuracy. Our approach is based on mixed-precision (FP16 and FP64) iterative refinement, and we generalize and extend prior advances into a framework, for which we develop architecture-specific algorithms and highly tuned implementations. These new methods show how using half-precision Nvidia Tensor Cores (FP16-TC) for the arithmetic can provide up to 4×speedup. This is due to the performance boost that the FP16-TC provide as well as to the improved accuracy over the classical FP16 arithmetic that is obtained because the GEMM accumulation occurs in FP32 arithmetic. 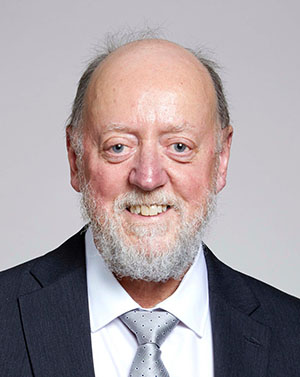 He specializes in numerical algorithms in linear algebra, parallel computing, the use of advanced-computer architectures, programming methodology, and tools for parallel computers. His research includes the development, testing and documentation of high quality mathematical software. He has contributed to the design and implementation of the following open source software packages and systems: EISPACK, LINPACK, the BLAS, LAPACK, ScaLAPACK, Netlib, PVM, MPI, NetSolve, Top500, ATLAS, and PAPI. He has published over 400 articles, papers, reports and technical memoranda and he is coauthor of several books. He was awarded the IEEE Sid Fernbach Award in 2004 for his contributions in the application of high performance computers using innovative approaches; in 2008 he was the recipient of the first IEEE Medal of Excellence in Scalable Computing; in 2010 he was the first recipient of the SIAM Special Interest Group on Supercomputing's award for Career Achievement; in 2011 he was the recipient of the IEEE Charles Babbage Award; in 2013 he was the recipient of the ACM/IEEE Ken Kennedy Award for his leadership in designing and promoting standards for mathematical software used to solve numerical problems common to high performance computing, and in 2019 he was awarded the SIAM/ACM Prize in Computational Science and Engineering. He is a Fellow of the AAAS, ACM, IEEE, and SIAM and a Foreign Member of the Russian Academy of Sciences, a Foreign Fellow of the British Royal Society, and a Member of the US National Academy of Engineering.

The Case for Edge Intelligence

Applying machine learning to a range of problems in the real world---manufacturing, health care, agriculture---will require deploying ML well beyond the data center. Edge Intelligence is the confluence of machine learning and Internet-of-Things (IoT) technologies. Power, bandwidth, latency, and privacy all require that we perform tasks that require intelligence---detection, classification---at all levels of the IoT network from edge through fog to cloud. This talk will start with a discussion of opportunities to apply machine learning to applications in the physical world and the technical challenges presented by those opportunities. The talk will then discuss two examples of machine learning systems that are embedded in the real world: communication systems adapted using Markov decision models (work with Shuvra Bhattacharyya); and real-time computer vision (work with Saibal Mukhopodhyay). 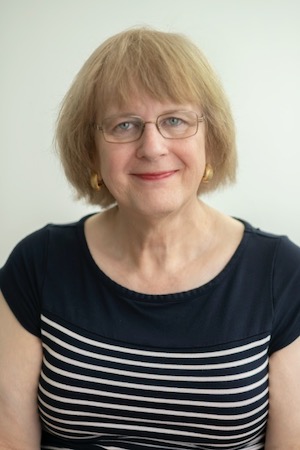 Marilyn Wolf is Elmer E. Koch Professor of Engineering and Chair of the Department of Computer Science and Engineering at the University of Nebraska Lincoln. She received her BS, MS, and PhD in electrical engineering from Stanford University in 1980, 1981, and 1984, respectively. She was with AT&T Bell Laboratories from 1984 to 1989. She was on the faculty of Princeton University from 1989 to 2007 and was Farmer Distinguished Chair at Georgia Tech from 2007 to 2019. Her research interests included embedded computing, embedded video and computer vision, and VLSI systems. She has received the IEEE Computer Society Goode Memorial Award, the ASEE Terman Award and IEEE Circuits and Systems Society Education Award. She is a Fellow of the IEEE and ACM and an IEEE Computer Society Golden Core member.